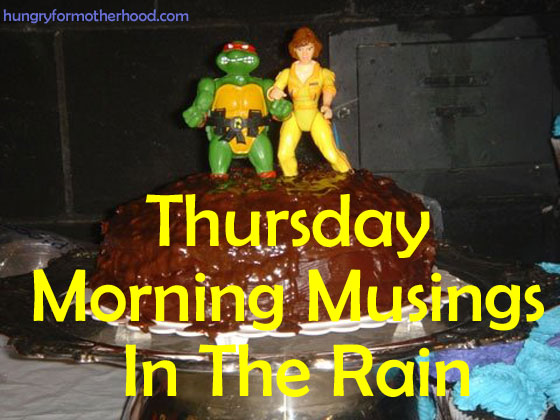 It’s Thursday morning, and I don’t know what to write about. So I’m typing until something happens. Bear with me here.

I woke up this morning from a dream about John de Lancie who played Q on Star Trek. He was my first real person crush. I mean, he was no Raphael from the Teenage Mutant Ninja Turtles. He was a real man. Or a god-like creature/ alien thing. Whatever. 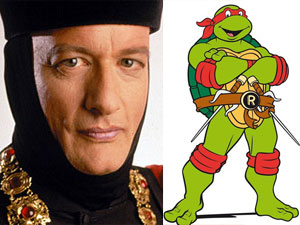 Sorry Raph, but you don’t even have lips.

Most girls my age would have been all about the Wil Wheaton / Wesley Crusher, but not me. He was too young. Too much like the boys in school. Except with less acne. Me? I was all about Q. And Data. I guess I didn’t like Riker’s beard or something back then because now I’d do terrible things to him. But he’d still have to get in line behind Q.

I’m telling it like it is, here and now: if John de Lancie showed up at my house late at night with a proposition, my husband and I would have to very seriously consider our options. Running away with Q must have been what a lot of Doctor Who fans have felt about The Doctor. Except there was nothing platonic about my designs on Q.

Who doesn’t want to run away sometimes? Especially when you’re a prepubescent? I suppose more than all the hormones stirring in my growing body, I really wanted to run off with a person who could show me the world, nay the galaxy. Someone old enough to know a thing or two but was definitely not my parent.

Is it just a heterosexual female leaning? Would a pre-teen boy run off with River Song? Probably.

Anyway, it really is raining here this morning and that really is my wedding cake in the picture at the top. I didn’t have any Star Trek action figures to use. You really can get married for just $300. And that means making your own cake and using your hubby’s TMNT action figures as cake toppers.

I was going to be April O’Neil when I grew up. But time spent at the local newspaper in my hometown when I was a teen proved to me that journalism was not my forte. I don’t care about getting details right as much as I enjoy writing the story. And sometimes the story that didn’t even happen, but the one I wanted to have happen. But I’m glad I was a high school reporter, taking pictures at the football games and writing about school goings-on. It gave me a lot of experience that I appreciate and use today. Even if it ultimately proved that being a journalist wasn’t for me. 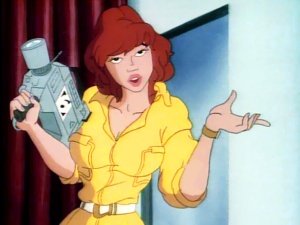 Honestly, I look terrible in yellow.
And jumpsuits do nothing for my figure.

I’ve worked in pretty much every other facet of communications, but I’m not a center stage person in the professional arena. And I’m fine with that. No one will recognize me on the street or hear my voice and say, “Aren’t you that lady from TV?”

I guess I just want to work closely to the people who can do  what I couldn’t. And support them in their content generation. It’s an exciting business, but I’m not built for quite as much “excitement” as the limelight can bring. And you can translate excitement here as stress for the most part. Totally worth the stress to be able to produce quality, but not something I’m able to do myself.

One last Thursday morning musing and then I’m done. The very first thing I wanted to grow up to become was a “baby doctor.” Like Dr. Huxtable. On The Cosby Show, Bill Cosby‘s character would often be exhausted from his long hours as an OBGYN and receive no relief when he got home due to his rambunctious children. A great family comedy that made me think delivering babies for a living would be the best way to spend my adult years. 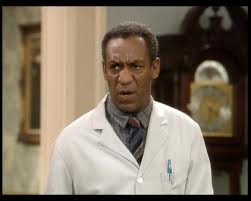 “I brought you in this world, I’ll take you out. Now I’m going to take a nap. And I better not hear one peep for you 700 children of mine.”

But when I learned later on, that sometimes delivering babies didn’t go smoothly, I realized it wasn’t for me. Seeing people in pain is a part of giving birth. And again, I shrink away from the thought of that stress as someone trying to assist the laboring woman. I don’t think Meg Ryan‘s the best actress in the world, but when I saw her character crying in City of Angels after losing a patient on the operating table, I knew I’d never be a doctor. It’s not for me.

And I guess that’s quite enough random thoughts for a Thursday. Sorry it’s not something a little more structured today, but hey- at least we got to know each other a better. Next time, let’s do this after 5 PM and pop open a bottle of red wine. Might make it a little less awkward with the non sequitur and all.

One thought on “Thursday Morning Musings in the Rain”