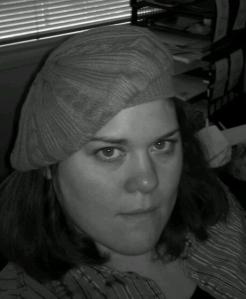 I want to start by saying that I have truly enjoyed my 30th year on this planet.  But my birthday is coming up quickly- in April to be precise.  And I will be stepping away from being 30 to being ‘in my thirties.’

In your teens and twenties, you can get away with a lot of stuff.  I was able to wear belly bearing shirts to job interviews when I was in my 20s (no, it wasn’t an interview for Hooters.)  But my body is no longer the body of a 20-something.  Things are just different now.  For instance, I had to buy a new Moon Cup because my old one just didn’t fit correctly anymore.  Things are shifting.  Lower in some places than they used to be.

And I want to embrace that. I want to embrace being in my thirties and loving the body I have now (not when I lose weight, etc.)  But all I know how to be is a 20-something.  And I’m not going to buy a whole new wardrobe just because I’ve grown older.

So I’m trying some things.  Like pigtails.  And rethinking skirts, tights and chunky boots.  There are so many shows on TV now dedicated to helping women look their best.  And they have some arbitrary rules, like no mini-skirts after 35.

I don’t usually think of myself as so narcissistic (though I’m sure a narcissist never thinks she’s narcissistic.)   But recently (because of my impending birthday) I’ve been treading the line of what works for me versus what makes it appear that I’m trying too hard.  And then I bought this beret. 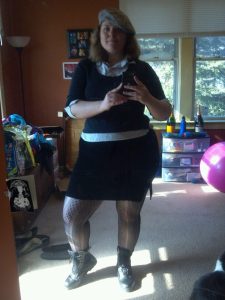 Some people can rock a beret.  It’s just part of who they are.  I always thought I wore hats well, until I wore one to one of those 20-something jobs I had, and the boss laughed at me until he cried.  It was some pink news boy style hat that I thought I was rocking until that happened.

Now I’m gun shy about hats.  I like a fedora at the club.  Or when doing some casual belly dance.  And hats for sunny days are just about skin protection more than fashion.  (I burn at the mere mention of sunlight.) 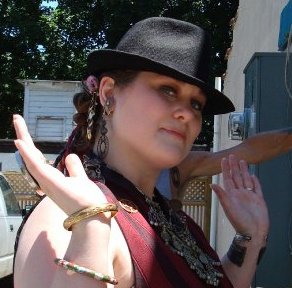 But this beret has really got me thinking.  According to Wikipedia, “The beret is part of the long-standing stereotype of the intellectual, film director, artist, ‘hipsters’, poet, bohemians and beatniks. In America and Britain, the middle of the twentieth century saw an explosion of berets in women’s fashion.”

I guess my real question is, “Is this something for a much younger woman?”  And then I tell myself, “If you’re already a belly dancer, you don’t need much more of an excuse to wear outdated head gear.”

And then I dig deeper to the ultimate question, “Would a mother wear a beret on the regular or only as part of a Halloween costume?”  That is the real crux of the issue.

I wouldn’t have all this time for pondering unnecessary questions of beret wearing if I were already a mother.  Growing up, I thought I’d be a mother by the time I was ‘in my thirties.’  But I’m not.  (Though I’ve been told I’m a pretty decent auntie.)

And I find myself floundering.  Trying to find another way to define myself since I’m not who I expected I would be.  I am asking myself the same question I asked myself when I graduated from college- “Now what?”

I try to answer that question by filling my social calendar as full as possible.  And spend money on belly dance training, book editing and photo shoots with my friends.  I have this travel bug that makes me itch to run away to warmer locales.

But when I’m not indulging myself in these periods of self doubt, I remember that no one really knows how to answer the question of who they are.  And that allows me to take the pressure off myself to try to definitively answer it.

For the record, I’m wearing my $3 beret that I bought at the mall this weekend on a whim right now.  And it doesn’t matter if I can ‘pull it off’ or not.    My husband likes it.  And my friends like it.  Even the guy at the coffee shop seemed to like it.  But most importantly, I like it.

When you’re in your thirties, you get to make your own ‘rules.’  This I have decided. 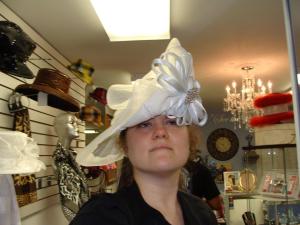 8 thoughts on “Tipping My Hat to Being ‘In My Thirties’”