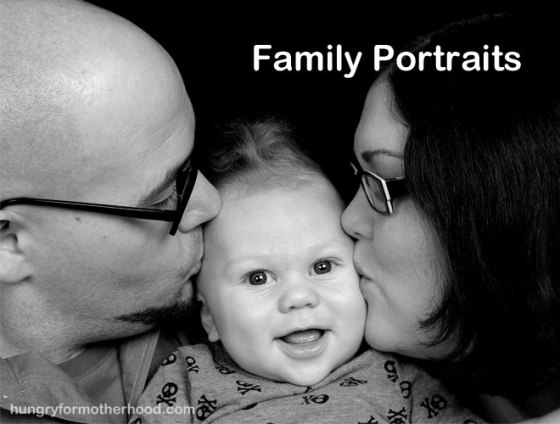 It only took me six months to organize my life (and the lives of two other people) to get us all in the same place at the same time to have our pictures taken. And these are the results. We have a beautiful family if I do say so myself. 🙂 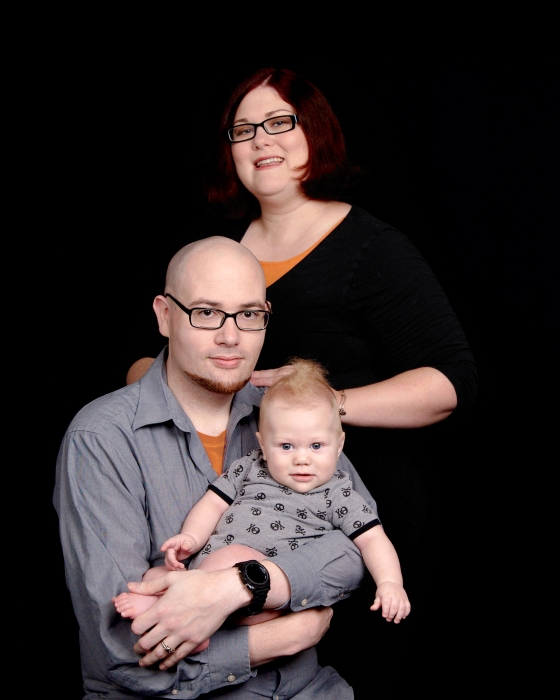 As you can see, we tried to do a little coordinating of the outfits without being too obvious. Gray and orange (though my shirt looks black now with the color correction process.) And Gibs, of course, looking fierce! As my sister said when I sent her a pic, Gibs really isn’t capable of taking a bad picture. I’m inclined to agree. LOL! 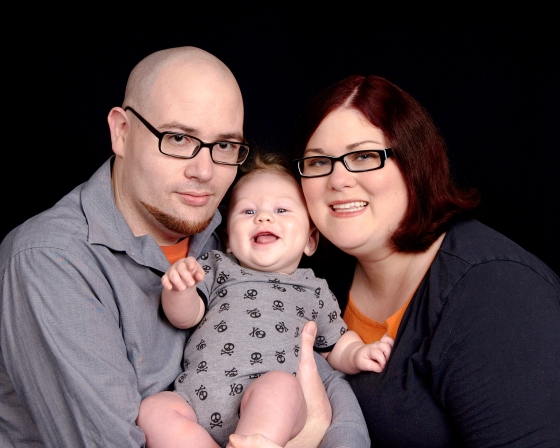 If The Man had been smiling just a tiny bit more, this would be the picture I’d hang over the mantel. If I had a mantel. Gibs and I look ecstatic, but The Man’s timing was a tiny bit off. No worries, we’re still a handsome family. 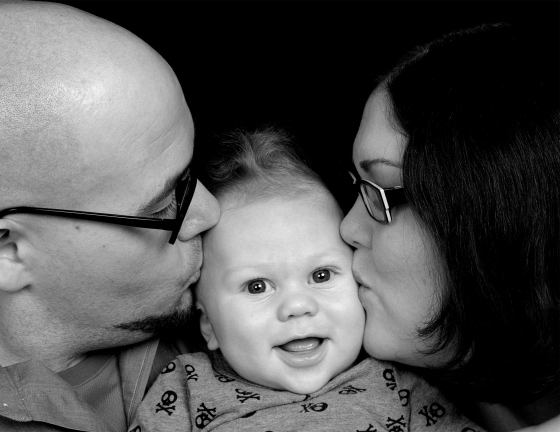 So, again, if I had a mantel- THIS would be the pic I’d put above it. As it is, I think I’m going to blow this one up and hang it in the nursery. Never forget how much we love you Mr. Gibs! This is probably the most genuine picture to come out of all the posing. 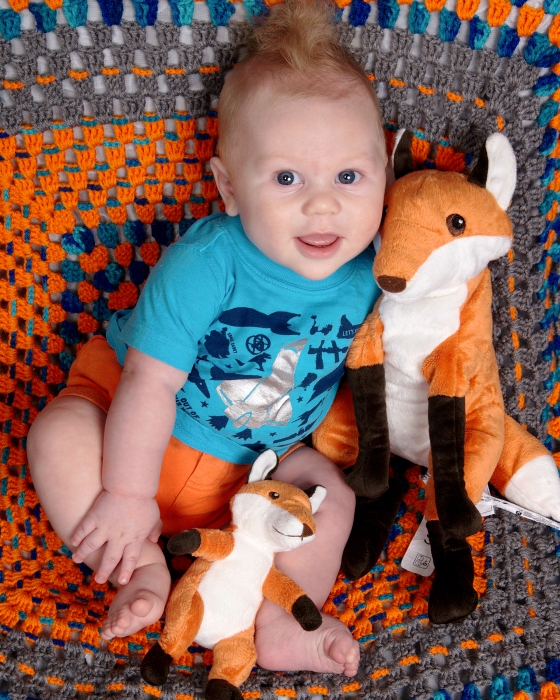 And, you can’t forget to grab a few pictures of Mr. Gibs looking so freshly six months old! The blanket in the background was lovingly made by my sister, Amanda. It’s really beautiful and has a bit of significance for me because orange and blue are the colors of my alma mater. The foxes are a reference to Gibs’ middle name. Also, he just happens to love these stuffed animals from IKEA. 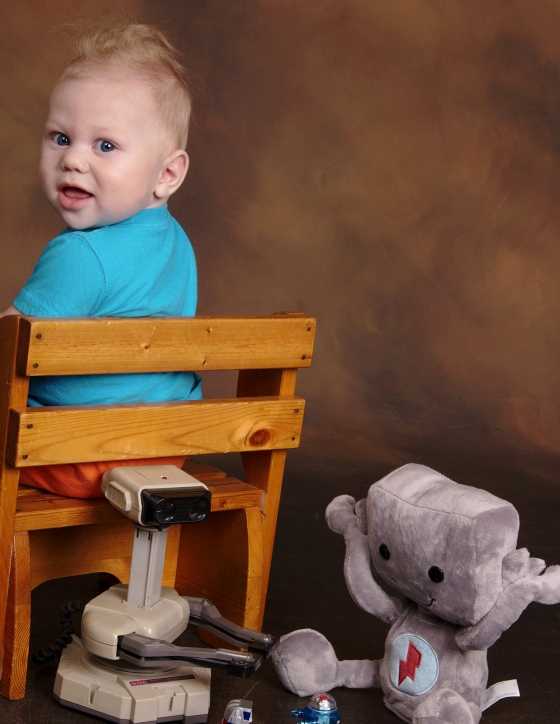 Gibs looks so grown up in this picture. Sitting in a real chair, looking over his shoulder- he could be three years old in this one! The shot is a little off though because The Man is just out of shot holding Gibs in the chair. If you didn’t know that, you’d think this kid was walking and talking already. We had to put the robots in again. Of course we did! 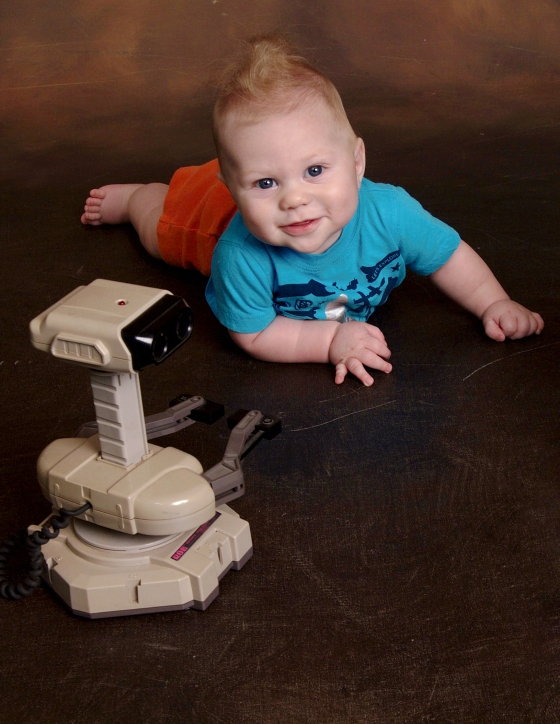 Last shot. I like putting R.O.B. into the shot as a reference for how big Gibs is getting. Gibs couldn’t care less, honestly. LOL! 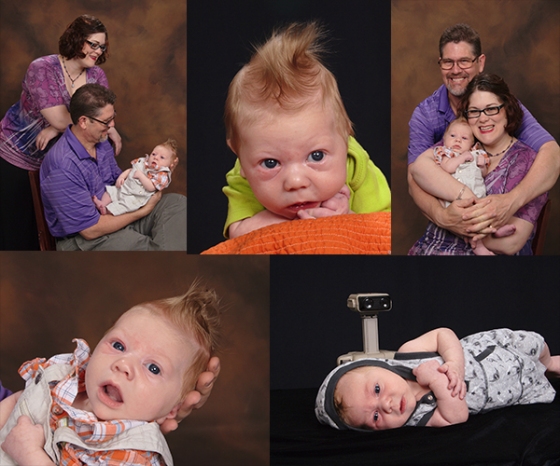 ACK! Compare those photos to these from two months old! Time is just flying by. My precious boy- you’re just growing by leaps and bounds. 🙂