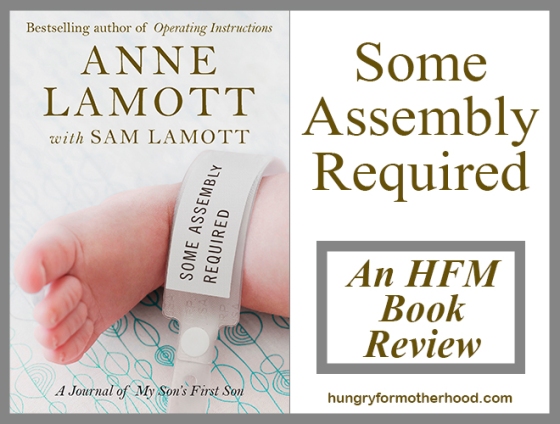 First of all, I never thought I would have had time to read while taking care of a one-month-old baby. But, I’m surprised to find that there are lots of little moments one can steal away even while baby is being attended. Breast feeding sometimes takes a full 30 minutes. And there are the insomnia-filled early mornings when baby has fallen back to sleep, but mom just can’t. Or the horrible nightmares that wake you up with your adrenaline pumping because you dreamed that someone decided to commit horrific medieval torture to your son, and you were powerless to stop it. These end up being all great times to read. In fact, I think reading saved my sanity a bit in these cases.

Now, I don’t know that I actually believe in God these days. It’s been a long time since I’ve prayed. But I also don’t really believe in coincidence, either. When something happens, I think it happens for a reason. So that’s at least a belief in a higher power, if not an all-powerful, “He’s got a plan for you” Heavenly Father.

So when I saw “Some Assembly Required” at the library while picking up a DVD on infant massage, hanging out on the bottom shelf, minding its own business- I had to believe there’s a reason I saw it there. If you’ve been following this blog for a little while, you might remember my last review of a book by Anne Lamott- “Operating Instructions.” I read the book during my pregnancy and gave it a full two thumbs up for pure realism and startlingly blindsiding moments of truth. I could say the same of this book which catalogs the first year of her son’s first son.

This book is sort of like reading “Operating Instructions” but through a filter of grandmother-dom. It is full of heart and soul. But you get the feeling of detachment that comes with not being the point person for the baby. In that way, it’s thoroughly informative of what it must be like for the parents of the parents. You worry and fret about the kids raising a kid. Can they do a good job? Are they capable? And ultimately realizing that there’s nothing you can really do. The kids have got to learn the hard way, the same way you, the now-grandparent, did.

Again and again in the book, Lamott worries about her son’s relationship with his girlfriend and the mother of their child, Amy. And ultimately, after every squabble, Lamott realizes she has to let them sort it out. Even if seeing them fight is not the best thing for her grandson, Jax, she is not the person who can “fix” the kids’ relationship. Often the mother takes trips to visit her family in Chicago. This leaves both Lamott and her son worried that she wants to move away forever with the grandson.

“I’m trying not to think about Amy and Jax going to Chicago. It will be hard not seeing him for a few weeks, but I often think of Trudy and Ray who have to go for months between visits, and this helps me to be less of a whiny baby than I would otherwise be. This is the one fly in the grandma ointment- the total love addiction- the highest highs, and then withdrawal, craving, scheming to get another fix. All I do is wait for another chance to be with the baby. He has basically ruined my life…But it is not my fault- we’re wired to be delighted, obsessed; we’re engineered that way.”

Every so often, Lamott conducts an interview with her son, Sam- Jax’s father. They are eye-opening for me as a reader and new parent. They come off as naive and full of the bravado of a young man catapulted into fatherhood. And that is because Sam is only 19 years old when Jax is born. As I read his words, I wonder if I come off the same way to veteran parents when I talk about my son. And then I remember that I’m freaking almost 32 years old, over a decade older than Sam was when he became a father. No wonder I have a hard time relating to him.

“Sam, tell me what he is like now, at seven months old.”
“He’s a totally roaring, rocking, kicking Godzilla child- like he’s part of a World Series crowd that’s gone wild. He’s gotten such focus and will, and then Amy and I have these clashes of will, so it’s like we’re two alpha-male gorillas, trying to raise Godzilla.”

I won’t lie. A lot of the reason I think I was meant to pick up this book was the recent passing of my own mother. Gibson is…would have been…her first grandchild. And yes, I was crying by the last page. It’s not fair. It’s not fair to me, to Gibson, to my mother that she’s not here to be a part of his life the way Lamott gets to be a part of her grandson’s life.

God, it makes me so angry to know she will never hear his first word or listen to me gush over his first steps. I won’t be able to unload on her about how hard it is sometimes for me and the Man. She won’t be able to quietly chuckle as she hangs up the phone remembering what it was like for her when she was raising me at that stage.

We won’t have that sweet connection on Mother’s Day. I can’t send her red tulips and beg her to forgive me for all the hard times I gave her growing up. She won’t be able to forgive and reminisce about it while she smells the blooms. It’s not fucking fair.

But I can pretend. I can imagine my mother as grandmother when I read this book. And it soothes me. A little.

“He’s [Jax] grown me, too: grandchildren grow you. With your own child, you’re fixated on the foreground, trying to keep the child safe and alive. But with a grandchild, you can be in softer focus, you can see beyond the anxious foreground. Jax is absolutely nutty, like the rest of us, fluent, and fluid like a stream, with lightness, richness, silkiness, stones: echoes, undertones, overtones, melodies, whining, burbling; cool water flowing, pinging, and roaring past pebbles and plants and its own clear self.”